AUSTRALIA –  Now that we’ve sort of forgotten about swine flu, maybe we could start worrying about Hendra Virus. This virus doesn’t bother to just make you really sick; it just kills. It’s killed 4 people in Australia already and is contracted by close contact with the bodily fluids of infected horses. Horses become infected with the virus by close contact with flying foxes. It’s only a matter of time before it gets us all!

NEW ZEALAND –   Eighty-two year old Polly Pollock has spent the last 16 years turning a dump near a housing estate into a green space. She’s planted about 3,000 native species trees and had to haul water in buckets to the site because there’s no running water.  She bought or grew all the trees herself. Now that she said the planting is done,  the Navy, who owns the land, told her she can’t use the land anymore. They said they said they’d look after it themselves now that it’s a popular park, walking and jogging trail. Polly is worried because their track record in greenspace maintenance isn’t good. Not to mention they’re a bunch of dickheads. 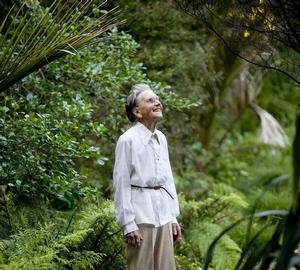 SCOTLAND – Okay, here’s this story entitled  “Drink a Factor in Surgery Deaths”. It goes on to say that, “Alcohol abuse was a factor in the deaths of one in 15 patients who died in hospitals last year while under the care of surgeons. A total of 3,461 people died in surgery in 2008. The report found that alcohol was implicated in the deaths of 194 patients, representing about 1 in 15 of of all surgical deaths.”  I can’t figure out from this article if they mean the patients were alcoholics or if the surgeons were all drunk while performing surgery. Can you?

IRELAND – So there’s this 19 year-old-kid who was dying of cirrhosis of the liver and was admitted into hospital with only 3 weeks to live if he didn’t get a transplant. Some people were a little ticked off that he might get moved to the top of the transplant list when they reckon it’s his own damn fault that his liver failed. His dad says the kid didn’t really drink any more than most kids his age and that he deserves a chance. While the debate raged on, liver boy, Gareth Anderson, snuck out of the hospital to go across the road to the pub for a pint.

ENGLAND – There’s an art installation in Trafalgar Square that consists of a plinth where people can get up and do anything they like for one hour at a time, as long as it’s legal. Justin Holwell decided to get naked, horrifying all sorts of men on behalf of their women and children. There’s a video.

CANADA – Our craziest story is the weird incident between former Ontario attorney general Michael Bryant and bicycle courier, Darcy Sheppard. Apparently the two had some sort of altercation after Bryant’s car collided with Sheppard’s bike. Bryant took off and Sheppard went after him. At some point Sheppard grabbed the car, got smashed into a mailbox, then a tree and then got run over by the back wheels of Bryant’s car. He’s dead and Bryant’s in big trouble. I think. I’m not sure. They seem to be trying to make a case that Sheppard wasn’t a very upstanding guy and that he brought it all on himself.

USA – Baptist pastor Steven Anderson delivered a sermon recently entitled “Why I Hate Barack Obama.” He went on to tell his congregation that he prayed that the president would die.

If you want to know how I’d like to see Obama die, I’d like him to die of natural causes,” said Anderson.  “I don’t want him to be a martyr, we don’t need another holiday. I’d like to see him die, like Ted Kennedy, of brain cancer.

I’m pretty sure god is rolling over in his grave.